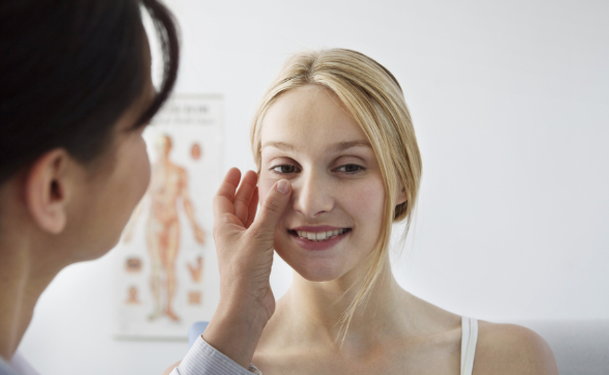 Acoustic Wave Therapy is a technology developed to reduce cellulite and the damage the sun may cause skin over time. The process mechanically vibrates connective tissue in specifically affected areas of the body, improving appearance by manipulating the connective tissue. Increased elasticity is achieved by activating the organic process of the body, developing the connective tissue. This, in effect produces an anti-inflammatory response triggering the release of healing mediators, and the creation of newly thickened bands of collagen being deposited into the skin.

Acoustic pulses have been used over the years to help patients deal with pain associated with poor circulation and stiff joints. This process has been adapted to improve the appearance of the skin.

Cellulite is the most common of changes skin texture goes through, resulting in an "orange peel" or "cottage" appearance to the skin. Although more common in women, the skin on men’s body translate connective tissue fibers that organize and support fat run parallel to the skin. This means that men have minimal pulling down of the skin by fat deposits, and therefore smoother skin

The second major part of cellulite is protrusion of fatty cells into the lower part of the skin known as the reticular dermis. This protrusion may also results in even more dimpling on the body. Patients may be treated twice per week for three weeks. Sessions typically last less than a half hour. Additional treatments are necessary for about 20% of patients. A recommendation is that patients have a maintenance session once every three months after completing the initial program.

Dimpled skin has been known to be traced to genetics, hormones and lifestyle, the immediate cause is the accumulation of lipids in the fat cells. Poor exchange leads to gradual stiffening of the tissue, shortening as it stiffens, pulling the skin taut. While this happens, clusters of enlarged fat cells pull the skin up. The consequence of this push/pull mechanism is the appearance of dimpling.

The procedure is completed by using one of two devices: the radial head or the planar head.

The radial head generates an AWT pressure wave by using the small pellet inside an air chamber. This creates a pressure wave that is slow and strong. The radial head also aids with pain control, stimulating the skin and increasing blood circulation to treatment areas. At higher frequencies, this radial head has been known to increase muscle tone without exercise.

The planar head is based on a slightly different approach, using an electromagnet to generate the pressure waves. The result is a very strong wave with a very short duration; resulting in a nearly painless procedure.

Treatments last for approximately 5-6 minutes per area. The recommendation is to undergo 6-12 treatments, based on the realistic expectations of the patient. A maximum of 2 treatments may be performed per week.

With realistic expectations, and adherence to a good diet and exercise regimen, it will likely produce wonderful results.