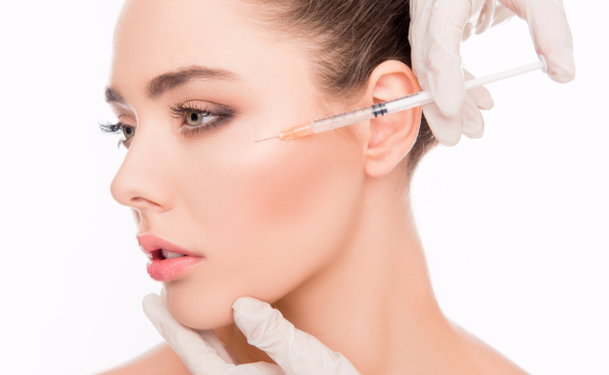 Healthcare professionals are currently using the Selphyl System to treat a variety of problems which require the accelerated growth of new soft tissue, including issues in the fields of orthopedics and maxillofacial treatment. However, plastic surgeons have found that the Selphyl System is also valuable in the area of facial rejuvenation because it provides the perfect filler to contour the face so that the signs of aging are not as apparent.

How does Selphyl work?

The Selphyl System allows a doctor to use blood collected from a patient in a patented procedure to separate the red and white blood cells from the platelets and fibrin. Once the blood cells have been removed, the doctor is left with a gel concentrate which can be inserted into wrinkles and sagging areas by injection. This jelly like substance of fibrin and platelets activates new skin cells in the area to grow rapidly and spread, thus, filling out the lines or other hollow areas.

What areas of the body does Selphyl treat?

Selphyl may be used on any part of the body to make the signs of aging less visible, but it is especially useful on the face. Patients have been especially pleased with the results of this natural filler when used for the fine lines above the upper lip and the crescent folds on both sides of the mouth which frequently deepen with age. Selphyl has also been used successfully to fill in acne pitting, surgical scarring, and other skin defects.

What are the advantages of Selphyl over other similar treatments?

Selphyl is the only dermal filler created from taking blood from the body. This process works so well because the body never rejects this filler, and there is no risk of allergic reaction. In essence, the body recognizes itself. Unlike other fillers, the Selphyl System never results in lumps or knots left under the skin. The gel does not harden, and no lasting side effects have been reported. The Selphyl procedure can be completed in less than thirty minutes on an outpatient basis. No incisions or cutting is required so the risk of infection is almost zero.

Who is a candidate for Selphyl?

The most suitable clients for the application of Selphyl are those who are searching for a noninvasive procedure to fill in loose areas of skin. Selphyl is contraindicated for use by those on aspirin therapy or those using vitamin-E. Selphyl is not used on any patient with a blood clotting disorder or any active infections.

How is Selphyl performed?

Some providers use a local to numb the skin before collecting 9cc of blood from a vein. This blood, enough for one treatment, is then subjected to six minutes of centrifuge treatment, after which it may be stored for two hours. Next, the blood is transferred to a tube containing a catalyst which completes the polymerization of the filler. The doctor then uses a syringe to inject the natural filler just under the skin of the treatment area.

Although the skin may be bruised, reddened, or swollen for a short period and may itch for a day or two, these side effects are brief. No actual pain is typically experienced during recovery.

Results will not become noticeable until after the swelling subsides, but in about three weeks, the treated area will gradually begin to appear fuller, and lines will become less defined.

No risks have been reported for Selphyl, but doctors should follow the precautions established for dealing with blood.

Is Selphyl approved for use in the U.S.?

Selphyl has been approved for use in both Europe and the United States for quite some time. Thousands of patients have safely used it to improve the supporting collagen structure of the skin.

Is Selphyl covered by insurance companies?

Selphyl is rarely covered by insurance because it is usually an aesthetic process. Patients should check with their personal carriers about coverage.