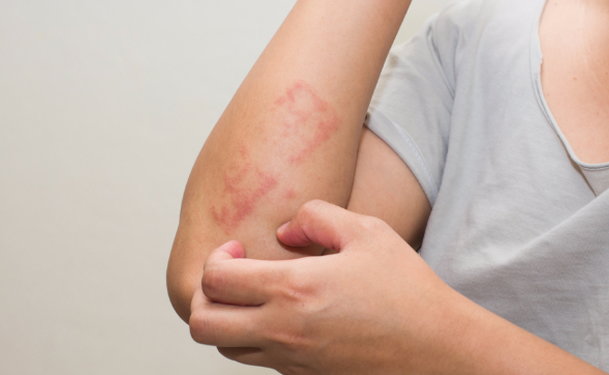 Rosacea is a common condition-- approximately 14 million Americans are affected by rosacea; most of those who suffer from it have never even heard of it. Both men and women are at risk, particularly those between the ages of 30-50 who have fair skin and blush easily.

Rosacea can cause redness, bumps and/or swelling, especially on the nose, cheeks, forehead, and chin and can look similar to acne. Unlike acne, however, people with rosacea don’t get blackheads but do get dilated blood vessels (called telangiectasias).

Rosacea is a chronic condition and rarely resolves without treatment. Mild rosacea can be limited to mild redness of the cheeks. However, in the most severe forms, the skin overlying the nose can become permanently swollen and red (called rhinophyma) because of dilated blood vessels and abnormal enlargement of oil glands. Other potential symptoms of rosacea include eye irritation (burning, stinging, grittiness, and/or dryness) and styes.

Rosacea treatment options vary widely, depending on symptoms. Facial redness and acne-like lesions are often treated with oral antibiotics and topical medications. Telangiectasias, on the other hand, can be treated with laser therapy. The more severe forms of rosacea also have a variety of treatment options. You need to discuss your individual concerns with your physician.

The cause of rosacea is still unknown, but there are a number of exacerbating factors that should be avoided. Triggers of rosacea include but are not limited to sunlight, wind, cold or hot temperatures, alcohol, spicy foods, hot drinks, skin care products, rubbing or scrubbing of the face, and exercise. Sun block of at least SPF 15 and hats are recommended.

All About Rosacea
What are Facial Veins?
Treatments that Can be Combined with Intense Pulsed Light Therapy