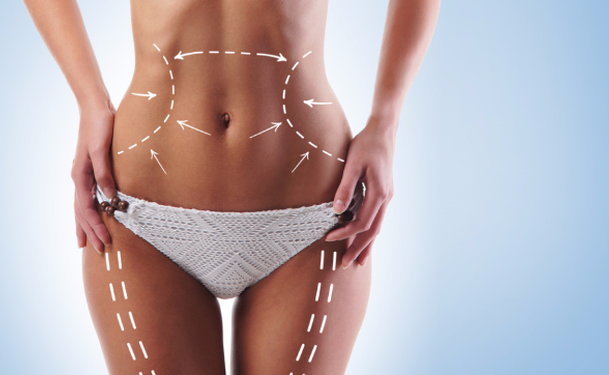 LipoDissolve: Is it Right for You?

What is the principle of Lipo Dissolve?

LipoDissolve is a procedure which involves micro-injections of a formulation consisting of two naturally occurring chemicals, phosphatidylcholine and deoxycholate, into the fatty areas. These chemicals act like detergents and have the ability to dissolve fat. Both these substance are normally secreted and stored in the gall bladder and help in the digestion of fat.

What happens during the initial procedure?

Generally a brief exam of the body is done and all possible areas are photographed and marked. Because the results are gradual, most physicians tend to record size of the lesions and obtain pre and post procedure photographs.

How much area can be treated in one session?

Generally 2-3 large areas are treated in one session. The swelling and tenderness does increase with the volume of injection and this is a limiting factor for therapy. One has to be aware that numerous cosmetic centers have been known to use dilute products with poor results.

Which part of the body can be treated with LipoDissolve?

LipoDissolve can be used to treat fat deposits in the:

What other conditions can be treated with LipoDissolve?

LipoDissolve has also been used to treat the following:

Who can perform LipoDissolve?

Even though LipoDissolve is a minor procedure, it should always be performed by a physician. Improper use and use by non professionals can lead to complications.

Can skin or muscle be dissolved with LipoDissolve?

Generally, proper and safe injection of the solution does not affect the skin or muscles.

Who is a candidate for LipoDissolve?

What happens to the fat after LipoDissolve?

The LipoDissolve breaks down the fat which is later cleaned up by the body's scavenging cells. This scavenging process takes a few weeks and cleans up the treated area. The removal of fat is permanent and the surrounding areas become flat and compact. Often LipoDissolve has been used to correct the unevenness seen after liposuction and lipoplasty.

The results of LipoDissolve are variable and the results are dependent on the size of the area treated. The majority of individuals show a loss of at least 2-6 cm per treatment. The highest fat loss typically occurs in the waist/belly and the lowest fat loss occurs in the legs.

Unfortunately not so. If the individual gains weight the fat will return. The best results are obtained when physical activity and dietary changes are continued after LipoDissolve.

How many treatments are required?

This strictly depends on the area and size of the fat deposits, in most cases, 1-4 sessions may be required. Each session lasts about 30-45 minutes. At least 4-6 weeks are allowed in between each session to allow for the full effect of the therapy. The procedure is strictly elective and should be done in a relaxed atmosphere.

What are side effects of LipoDissolve?

The procedure is associated with mild pain during the injection. After the procedure, some individuals may complain of a mild bruising, swelling, tenderness and a burning sensation in the area of injection. The mild soreness and bruising usually dissipates in over 4-7 days.

When will I see results?

The results of LipoDissolve are gradual and take a few months to become obvious. Results of smaller areas become more noticeable in a few weeks but most individuals require a few months. A loss of 2-3 inches of fat usually requires at least 2-4 sessions of therapy and results may take a few months.

When can one return to normal activity?

Almost any physician can perform the procedure but it is most commonly done by plastic and cosmetic surgeons. Because the procedure is entirely cosmetic and requires CASH money, there is a bandwagon of health care professionals clamoring for the business. So check into your physician's credentials and ask for his/her experience with the procedure.

What is difference between LipoDissolve and mesotherapy?

Is the procedure covered by medical insurance?

No, the entire procedure is considered cosmetic and not covered by any medical insurance company.