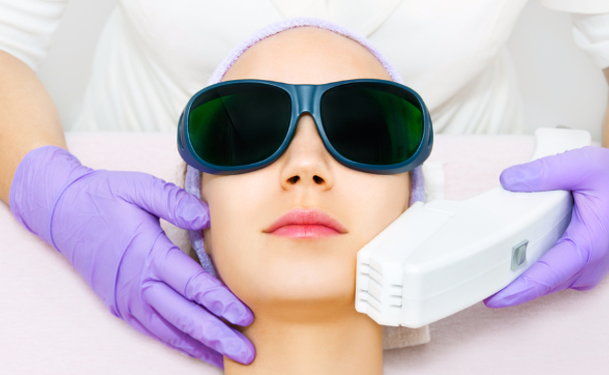 1) What is Fraxel re:store?

Fraxel re:store is an FDA-approved laser system developed to treat a variety of skin conditions in order to produce a more youthful, fresher appearance. The technology is designed to treat tiny areas of skin in the treatment area, reducing both discomfort and recovery time while still successfully treating cosmetic issues, such as discoloration and scarring. The re:store procedure treats both superficial conditions and issues which affect deeper layers, including wrinkling and scars, while stimulating the body’s production of collagen, a material which helps skin retain a firm, elastic texture and appearance. Because it produces controlled damage in small areas, Fraxel re:store is considered an excellent option for rejuvenating skin in both men and women.

2) What are the benefits of Fraxel re:store?

Unlike some other laser treatments, Fraxel re:store:

• Involves minimal downtime
• Treats small areas with pinpoint accuracy
• Has the ability to treat both superficial conditions, as well as deeper issues, such as scarring

Fraxel re:store is a minimally invasive procedure which is used to treat conditions on the skin’s surface, as well as some scarring and other conditions beneath the surface, with virtually no downtime. By contrast, Fraxel re:pair is designed to treat deeper skin conditions, and also offers significant tightening of the skin which were once only treatable with invasive methods. Because it treats deeper, more advanced issues, Fraxel re:pair does require a longer recovery period than the re:store procedure.

4) What does Fraxel re:store treat?

Fraxel re:store is an excellent option for treatment of many cosmetic skin conditions on the face, hands, chest, and neck, including:


5) How is Fraxel re:store performed?

Most individuals need to undergo three to five treatments to achieve desirable results, and treatments are given in two to three week intervals.

6) What type of results can be expected?

Recovery time is minimal with Fraxel re:store, with many individuals able to resume their regular routines right after treatment. There may be some swelling and redness for a day or two following the procedure, and sunscreen must be worn to protect the treated areas, which are especially vulnerable to sun damage.

With Fraxel re:store, you can expect an improvement in the overall tone and texture of your skin, in addition to a reduction in the appearance of age spots, discoloration, wrinkling, and scars. Because the Fraxel technique produces controlled damage to specific areas of the skin, natural collagen production is enhanced, resulting in a fresher, more youthful appearance over time.

7) How much does Fraxel re:store cost?

Fraxel Re:Store prices vary based on the size of the treatment area, but generally range from $800 to $1200 for most men and women.